After the heel-destroying catastrophe of the Saucony Peregrine 10 and my bad fall in the Hoka Challenger ATR 5 GTX, I needed a new pair of trail running shoes that could handle both long distance and typical slippy, mucky, wet Irish terrain.

The hype around the Inov-8 TrailFly Ultra G 300 Max has almost been as big as its crazy long name. But the reviews were very good and I still love and use my old Inov-8 X-CLAW 275 on the shorter boggier stuff. The only thing that slowed me down from clicking the buy button was the price. I think €195 is going to be a sticking point (pun fully intended) for a lot of people when other bigger brands are a lot cheaper.

But I really wanted to try something other than Hoka for long distance off-road. Whilst I loved my Evo Mafates, they crushed my little toes and they separated at the join between the upper and the midsole. Like all Hokas ever. And every review of the Speedgoats talks about how narrow they are, so I’ve avoided them for years now.

Of course the nerd in me wanted to see if the graphene hype was justified. So I eventually talked myself into buying them (LOL, like I wasn’t always going to relent). 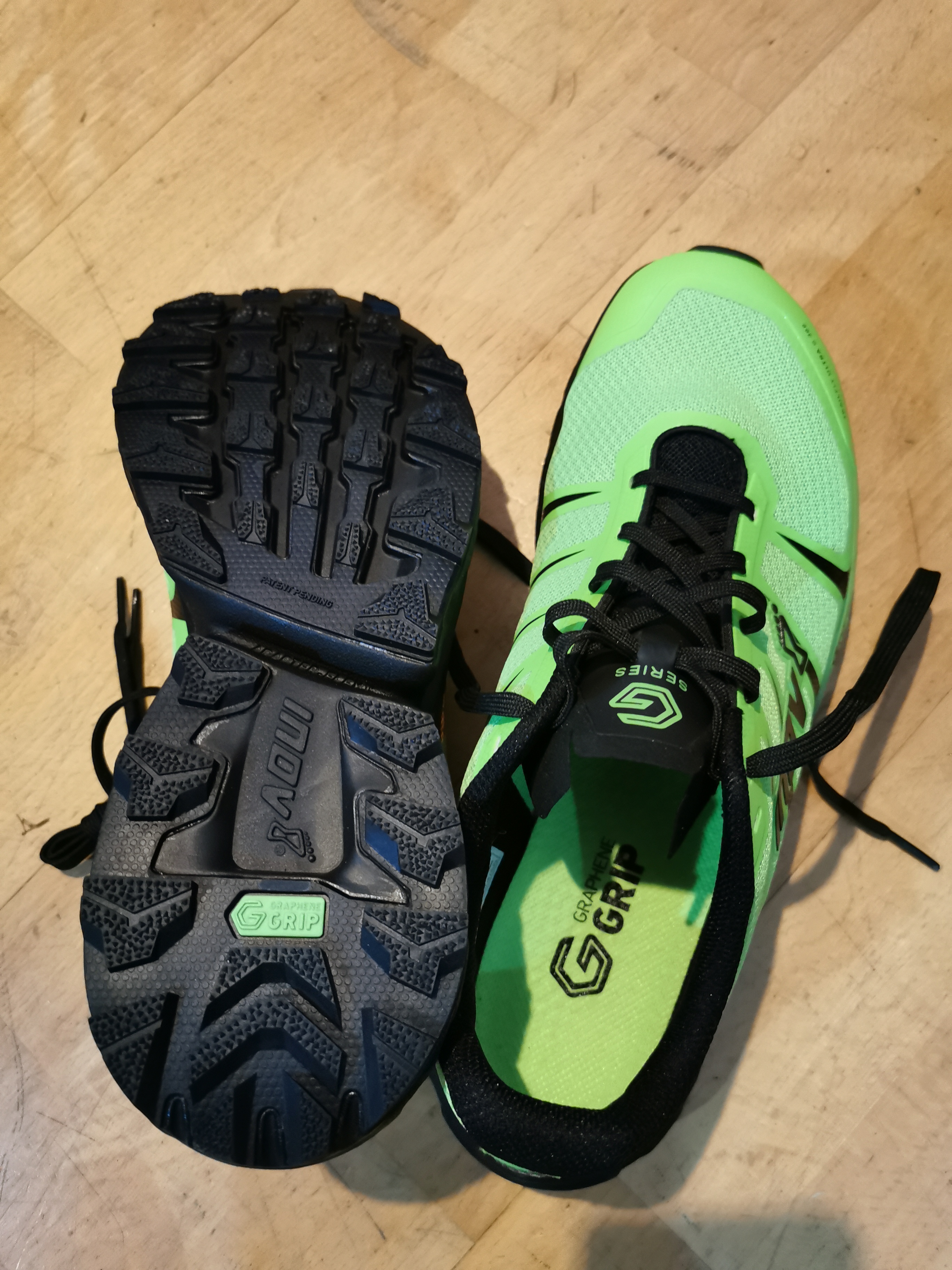 Sidebar: Inov-8 please fix your website for non-UK customers. Those multiple location/currency popups are infuriating and it means that deep links to your site never work for international users. Ultra Damos FKT story was basically unfindable from outside the UK.

Back to the review.

First impression was “oh my god what’s that abominable smell?”. It’s like every nasty semi-industrial thing you bought from a no-name vendor on Aliexpress packed into one box. Whilst it didn’t fill my office as badly as Ginger Runner’s, there’s still a definite niff, even after a few runs. But that’s not important. (And a low-temp wash with some Vanish sorted it out)

The upper is a little stiff but works well and seems to size big (I had the same issue on the X-Claw). I suspect the UK-US-EU sizing is different depending on what country unit the manufacturer uses internally. So an Inov-8 44 is much bigger than a Hoka or Nike 44. If you use EU sizing, maybe go down a half or 1. But I could get good lockdown with the laces and had no issue with my foot sliding around.

The cushioning on my first 5 mile run in Castlefreke in West Cork, Ireland, was excellent and the midsole was nice and flexible. It seems Inov-8 can do max cushion well!

The lugs are fairly shallow but wide so I wondered what their preferred surface would be. Grip was superb on grit, grass and mud. But a static test on a wet slab showed it wasn’t grippy at all on that surface. Which was a disappointment for me, since that was one of the drivers for buying them.

I followed that with a 3 mile run on The Seven Heads, also in West Cork, which consisted of a dirt track, grass and road. The grass section is a great test as the fields are very sloped and the grass was wet. I’ve slid badly there in several other brands and the lock-down on a old pair of Altra Lone Peaks was so awful my entire foot twisted out of the shoe and it came off. I had none of those issues with the TUG 300M which was a great result.

Finally I did an 11 mile hike yesterday on the Sheep’s Head Way (yes, in West Cork, Ireland) on a lot of very challenging surfaces. Tons of bog, mud, rocks, heather and steep up/down on hills. And it chewed it all up. I didn’t slip once and I was completely comfortable the entire way around. Which is very cool, considering my 60 miler three weeks previously and my ongoing IT Band issue. I didn’t test wet rocks too aggressively due to nervousness over the recent fall but the testing I did showed no problems. Oh and my toes were not crushed!

The only problem I had was my feet getting soaked from the get-go. And that’s where I think Inov-8 can meet the market half-way on price. A Gore-Tex/GTX version of the TUG 300M would be a killer shoe. Since it’s not designed for fell-running or the really gnarly stuff, they should do everything they can to make it the ultimate long-distance multi-terrain off-road shoe. And Gore-Tex adds a massive degree of extra comfort for that use-case. Do that at €195 and the complaints about price would drop hugely. As it is, despite being a great shoe which is now instantly my main MUT go-to, that price point is problematic.

In summary, it’s a fantastic long-distance trail running shoe that might not quite live up to the Graphene hype but easily competes with the big boys and hopefully will give hundreds of miles of use. 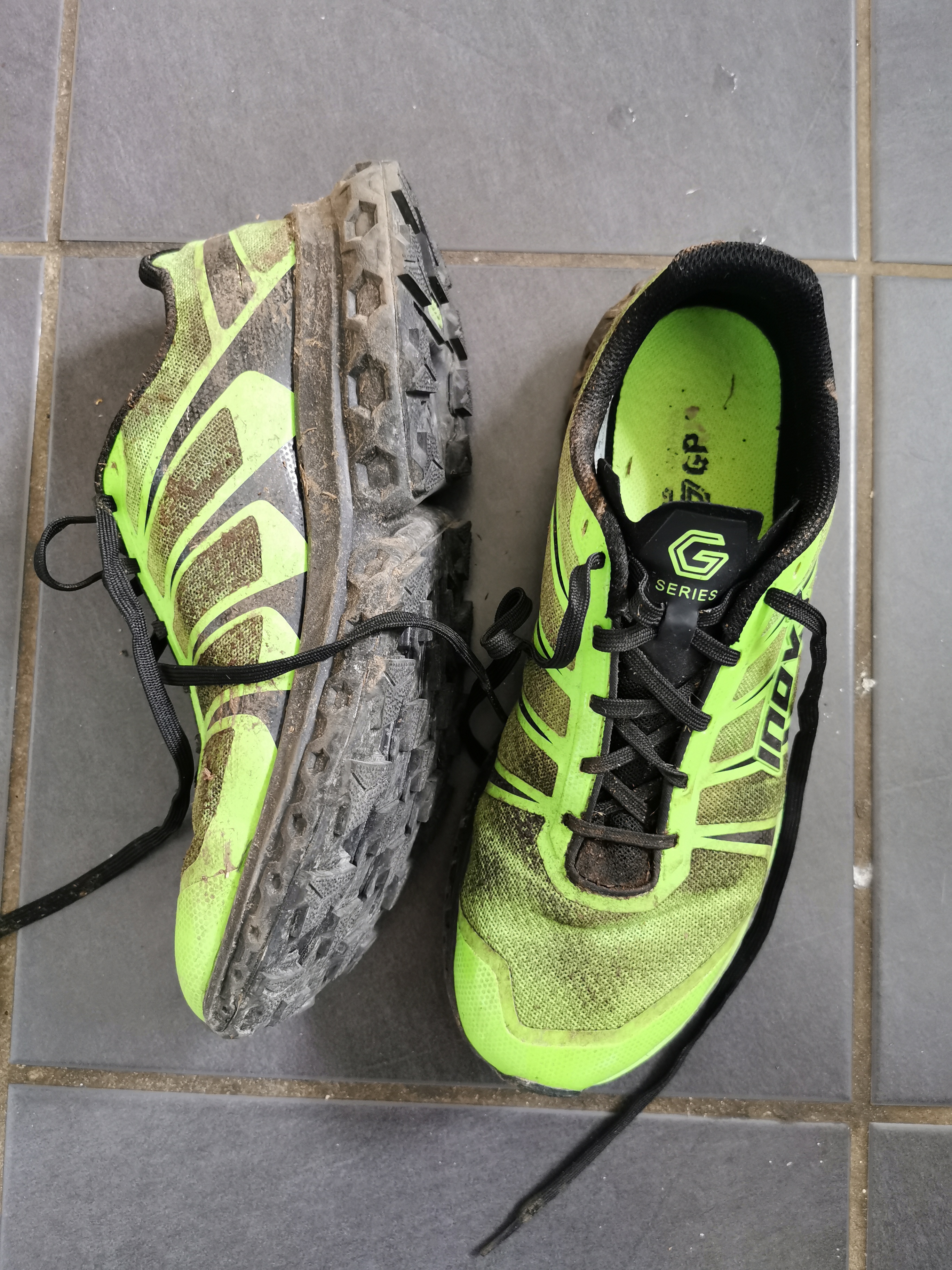