On April 12th 2021 I attempted to do the entire main loop of The Sheep’s Head Way. I didn’t quite make it but had an amazing day in a wonderful part of the world. Five weeks later on May 17th, I gave it another go. Whilst it didn’t go to plan, the outcome left me with a big old grin on my face for a week.

No you don’t need a gas cooker

The two main problems I had the first time were my ridiculous pack full of everything from a gas cooker to a sleeping bag, along with the horrendous blisters on the soles of my feet. This time I pulled out my usual Salomon 5L running pack, bought a ton of energy/protein bars and replaced all the sleeping/safety gear with a single mylar space blanket. So really the bulk of the weight was just a water bladder and two hydraflasks. 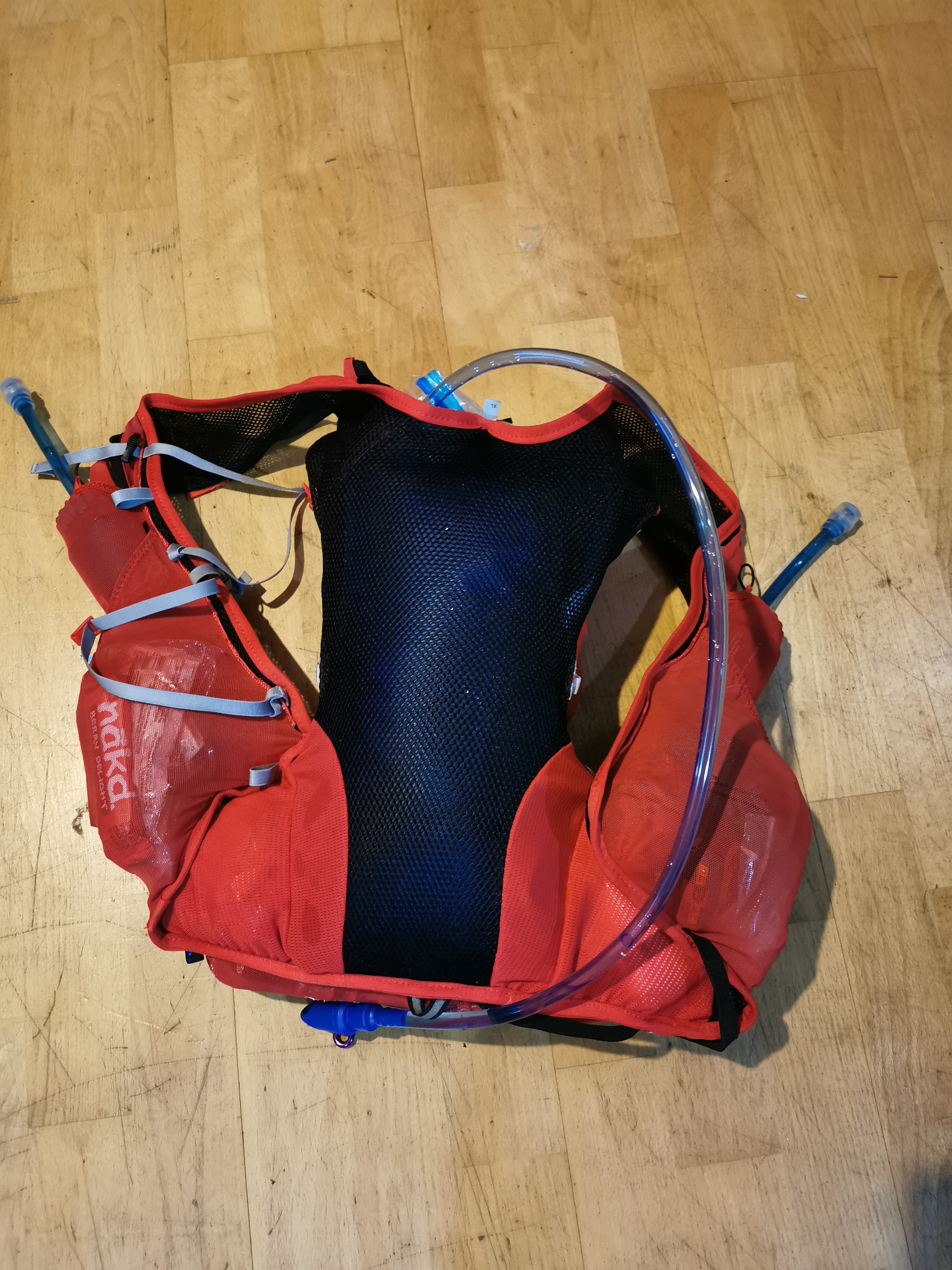 And he’s off again

I managed to get to Bantry a bit earlier and set off at 5:50am from the gatehouse of Bantry House. All of the gates were closed due to the pandemic, so as before I stuck to the main road for the first section.

Yet again I picked a perfect day for it. Not too hot, not too cold, no rain. The ground was a lot wetter than the previous attempt but not a quagmire. I was still very happy with how the Goretex on the Hoka Challenger ATR 5 GTX worked in those conditions. I deftly dodged any deep bog and managed to keep the feet dry all day. To avoid the blisters I went completely overboard and fully taped the front half of my feet and my toes with zinc oxide tape. And it bloody worked - not a single blister in 60 miles!

Everything was going brilliantly well. I couldn’t even feel the pack on my back and I was eagerly running the flats and the downs. 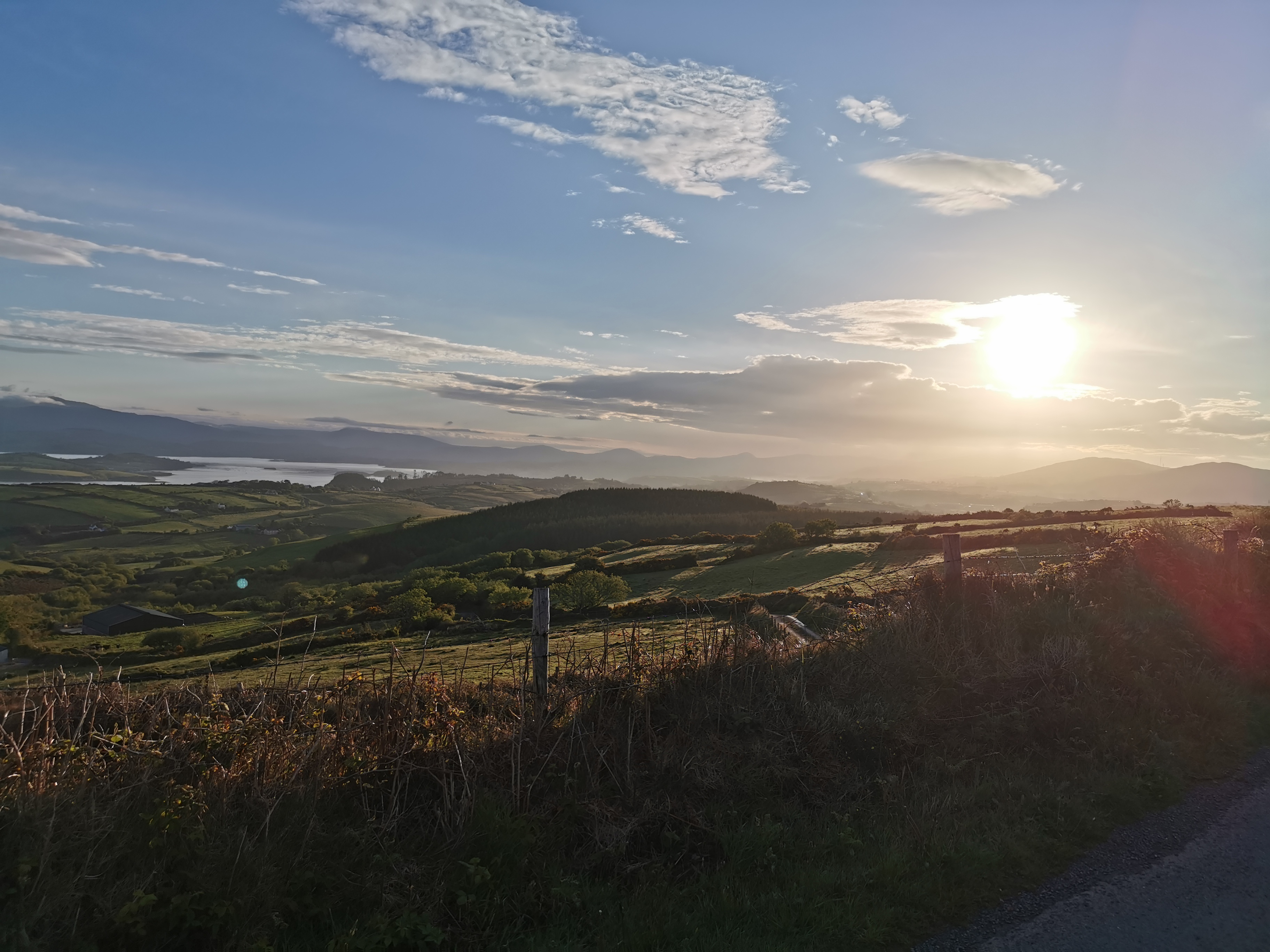 But then, as I headed downhill towards Glanlough, I stepped on to a slick slab and, whoosh, my legs flew from under me and I landed face-down on the slab on my right hip. For a split second I thought I might have gone full OAP and broken it, but as I hauled myself up, I realised it wasn’t too bad. Unfortunately a few footsteps later revealed that I’d pulled something in my right knee and something in the left hip. I went from happily bouncing along to gingerly tip-toeing on anything that looked wet and making sure both running poles were firmly planted with each step. My confidence was shot.

Only two marathons to go

Bit by bit, I ran less and less. The pain in the knee got steadily worse and made running downhill very painful. The pain in the hip matched it perfectly and made everything uphill very painful. But I was able to speedhike reasonably well. By the time I got the end of the peninsula, I was two hours up on the previous attempt. And as before I was in a great place mentally. This time I had little doubt I was going to finish, unless the knee/hip did something catastrophic. 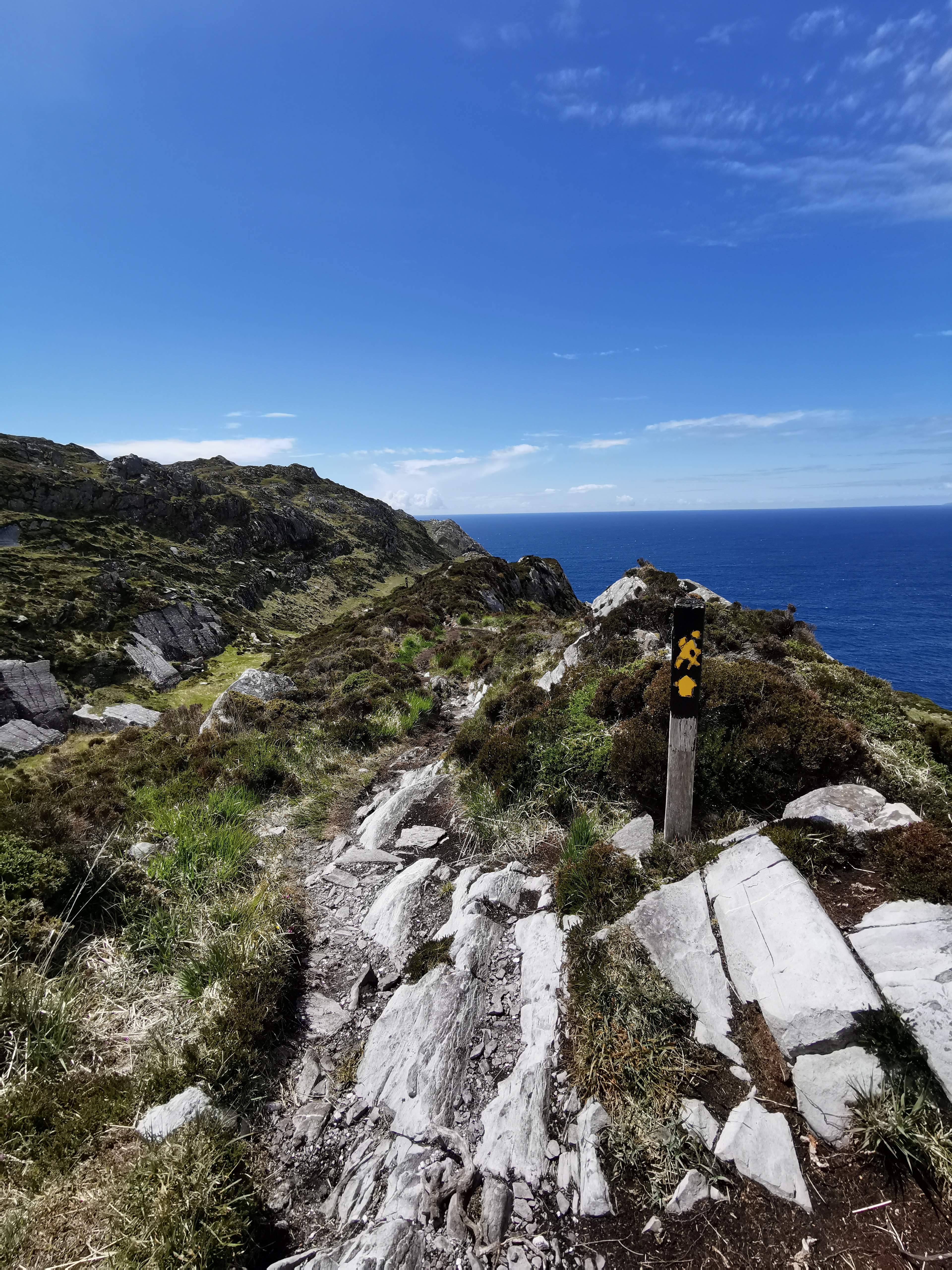 It was lovely to see the cafe at the head open for business and it was hopping with people. I ran into a duo twice who were doing a shorter looped hike and got a lovely beep from them many hours later in Durrus as I click-clacked through.

I’ll have the water with bits in

The first time around I was extremely worried about the water situation and brought tons, which I didn’t fully use. This time I was just as concerned and became more so as the day progressed due to the heat. Luckily the recent rain meant that all the previous rivulets were now little streams. Finally towards the end of the peninsula I decided to give it a go. I found an accessible decent sized stream with no sign of livestock and refilled one of the hydraflasks. I dropped a chlorine dioxide tablet in and waited 15 minutes for it to do its magic. And wow, it tasted fine. Not like a swimming pool or sheep’s arse at all. But there were bits. Of unknown origin.

I have to admit I bought a hydraflask with a built in filter when I got home. For the next time.

The last time I got to Kilcrohane, it was a ghosttown late at night. This time it was buzzing in the late afternoon and gorgeous sun. I stopped at the PostOffice/Cafe/Shop/Everything and got some fizzy water, sweets and full-fat coke. I’m not sure when we started calling the red can full-fat but it totally makes sense in my head. And it’s the ultimate drink over very long distances to give you a boost. 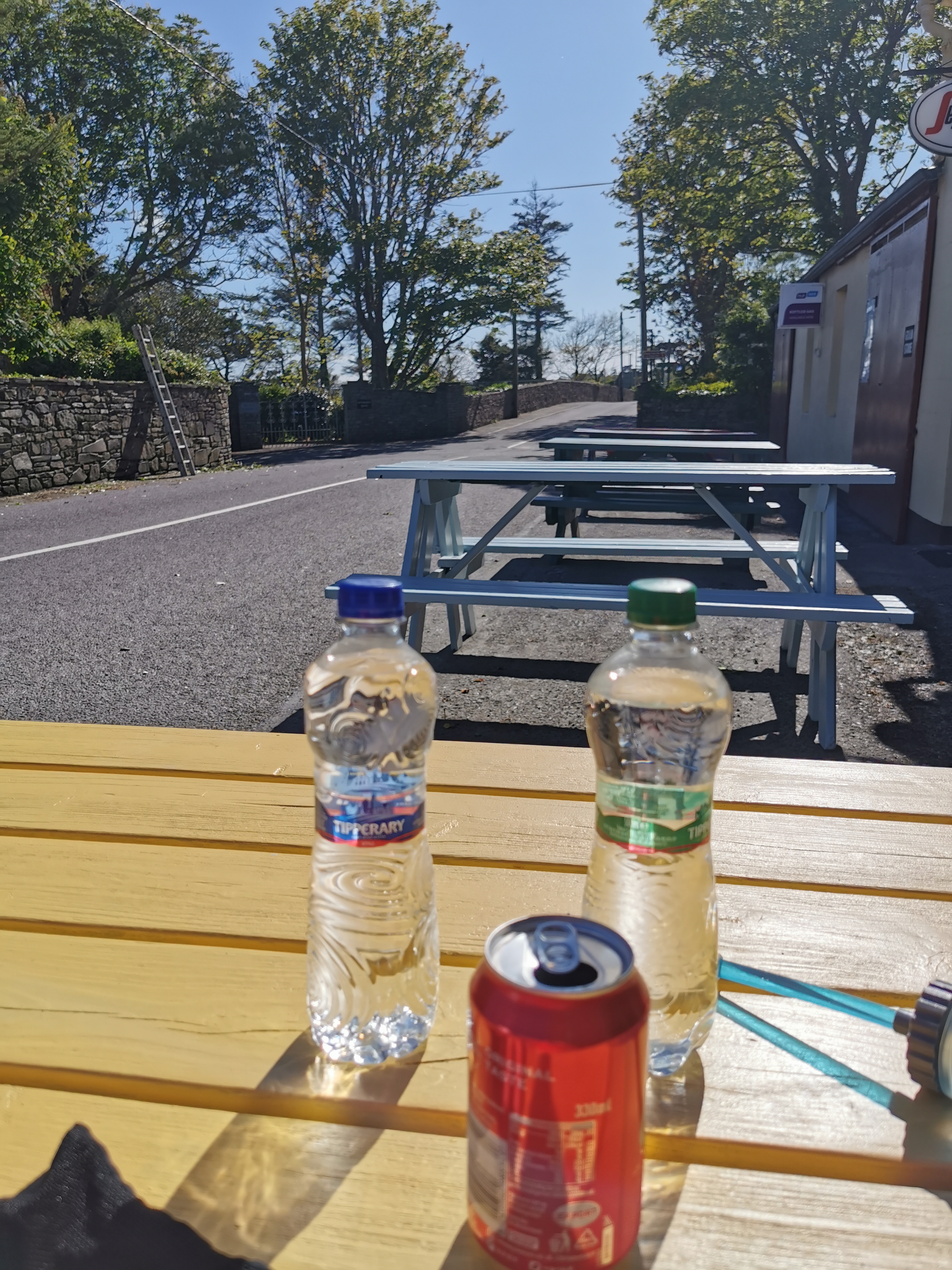 Apart from the hip/knee, I was having a fantastic day. I made it to Ahakista and the spot where I had attempted to sleep in a moment of despair a month earlier. Between my increased speed and the extra daylight, it was still bright at this point and I could see that my only mistake had been going slightly off to one side and missing the very obvious track in the dark the previous time. It really reinforced how much more difficult off-road is in the dark.

This time, I was all fired-up to do the full Way properly so I kept to the official route. There is one small mistake in the Google Maps track on the website near Ahakista so you should just trust the waymarkers around there. They are correct.

It was slow going and the aches and pains were a lot worse but overall everything was still fundamentally good. I made it to Durrus at 9.30pm and it was jammers with people. A bit of a change from 1am the previous time.

There was a dodgy road section for a few miles which I really didn’t like. Fast moving cars and vans and not a hell of a lot of verge.

After the relentless cows of the last attempt, I almost felt lonely this time. None of my scary beefy buddies were around to run towards me at full tilt. In fact on the entire route I was only in one field with cows. It was a little concerning as there were small calves with their mothers but everyone just ignored me.

Another group clearly recognised me from across a hedge and were outraged they couldn’t hang out with their bestie Conor as they ran along parallel.

Oh also, the Alpacas in Kilcrohane totally pretended I wasn’t there.

The sun dropped and I pulled in to a field to add another layer, plus my light jacket, beanie and headtorch. I was starting to get stressed about the final off-road section. I had no idea how rough it would be. A few minutes later I went up a side-road and then out on to fields.

As I predicted, this was by far the hardest part of the route. The knee/hip were in a very bad way. The waymarkers were obviously much harder to find in the dark and there was a ton of up/down/up/down on mixed terrain. But at least it wasn’t remotely technical or dangerous. The ups in particular were proving extremely painful. But step by step and pole by pole I clicked-clacked on. At a route fork, I even took the “scenic route” in the pitch dark rather than the road back to the N71.

All roads lead to Bantry

Suddenly I found myself on the main N71 approx 10km from Bantry. Yet again there were two options. Take the main road (similar to the last time) or follow a much smaller and hillier route that ran roughly parallel. The thought of being ploughed down by some late-night driver worried me enough that I took the latter option.

The first section was much better than I expected. It was just a forest road which became a tiny lane, then a tiny road, then a bigger road and finally a decent regional road into Bantry. But jesus the hills. They were killing me. It felt like I was barely moving. Each step became more and more painful. If it wasn’t for those Black Diamond Carbon FLZ poles, I would have been a goner many hours before. I somehow managed to avoid hand blisters too.

That hilarious sign you see at every marathon which gives you murderous thoughts suddenly popped into my head. Even tho I was a few hundred yards from the start/finish spot, the route veers away and back towards Bantry House. The pandemic gate situation meant I had to go even further away and back onto the N71 footpath to retrace my initial steps in reverse.

A cop car passed by slowly. I have no doubt the word “nutter” was uttered quietly.

I passed my own parked car and step by awful step I made it back to the gatehouse. And done. 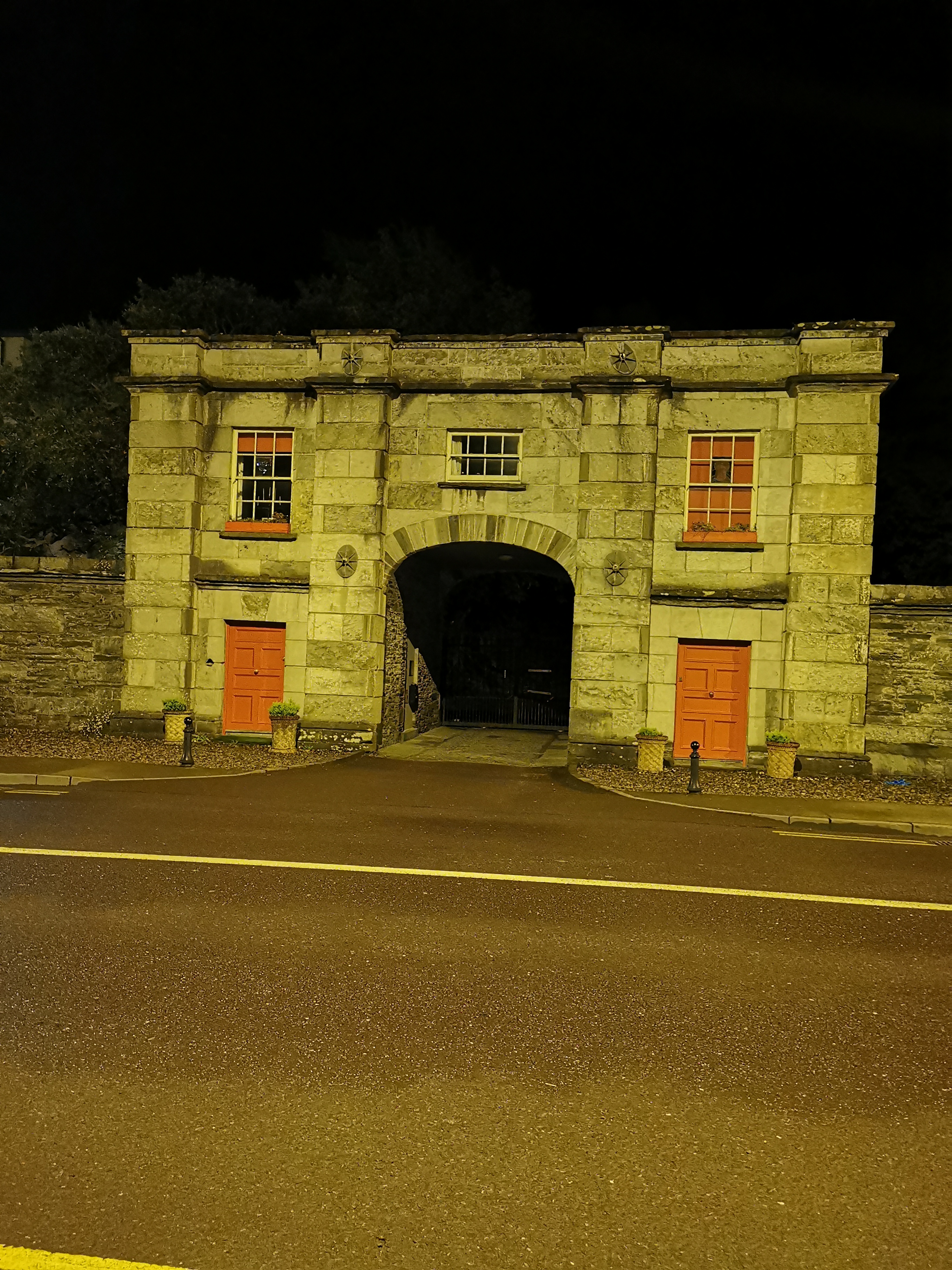 I took a minute. I may have grinned like the aforementioned nutter for another minute or so.

Here’s a slightly ropy Google Earth flyover of the route:

I’m a big fan of the US FKT thing. It’s a nice bottom-up way of creating a bit of competition amongst people and highlighting trails and routes that may not be very well known. As a concept it hasn’t really caught on in Ireland yet. I suspect the incredible Iveragh Traverse by Kevin Leahy and Joe O’Leary may change that.

Sidenote: Please donate a few quid to get 1000 KM of Chaos made. It’s a movie about Kevin.

My plan for the route had been to do it unsupported. This means no help from anyone and you carry everything in your pack except for optionally getting water in streams etc. And I almost did that. Except for Kilcrohane. Getting those few bits in the shop, which I really didn’t need, except maybe mentally, resulted in it not being an Unsupported FKT, it’s a Self-Supported one.

Obviously it’s the kind of safe short route that almost anyone could do Unsupported.

So what happens to a 53 year old body after doing two and a bit marathons on a dodgy knee and a dodgy hip? Well he’s tired for a week. And then he gets vaccinated with J&J a week later and is doubly floored.

But the knee is the real problem. Here I am three weeks later and I can’t do more than a mile before it flares up viciously with pain on the outside. Doctor Google says I have IT Band Syndrome which sounds right. But three weeks doing little more than walking and it hasn’t really improved at all. The hip glitches a bit but is clearly getting better every day.

Weirdly, a 3 mile run on the Seven Heads was very sore whilst a 12 mile hike with my wife on a shorter Sheep’s Head loop was completely pain free the following day.

What the hell am I moaning about? 97km in one day and ooh my knee is a bit sore! That’s a result by any measure.

Finally, as I said the last time, thank you to everyone involved in making The Sheep’s Head Way such a magical and manageable route.