This won’t be a long review. Whilst I was enjoying running in the Hoka Challenger ATR 5 GTX, I knew the grip wasn’t great on the rougher stuff. After googling around a bit, the Saucony Peregrine had lots of solid reviews as a reliable decent everyday trail running shoe. Version 10 was on discount due to the recent release of version 11, so I grabbed a pair from Alltricks in France. 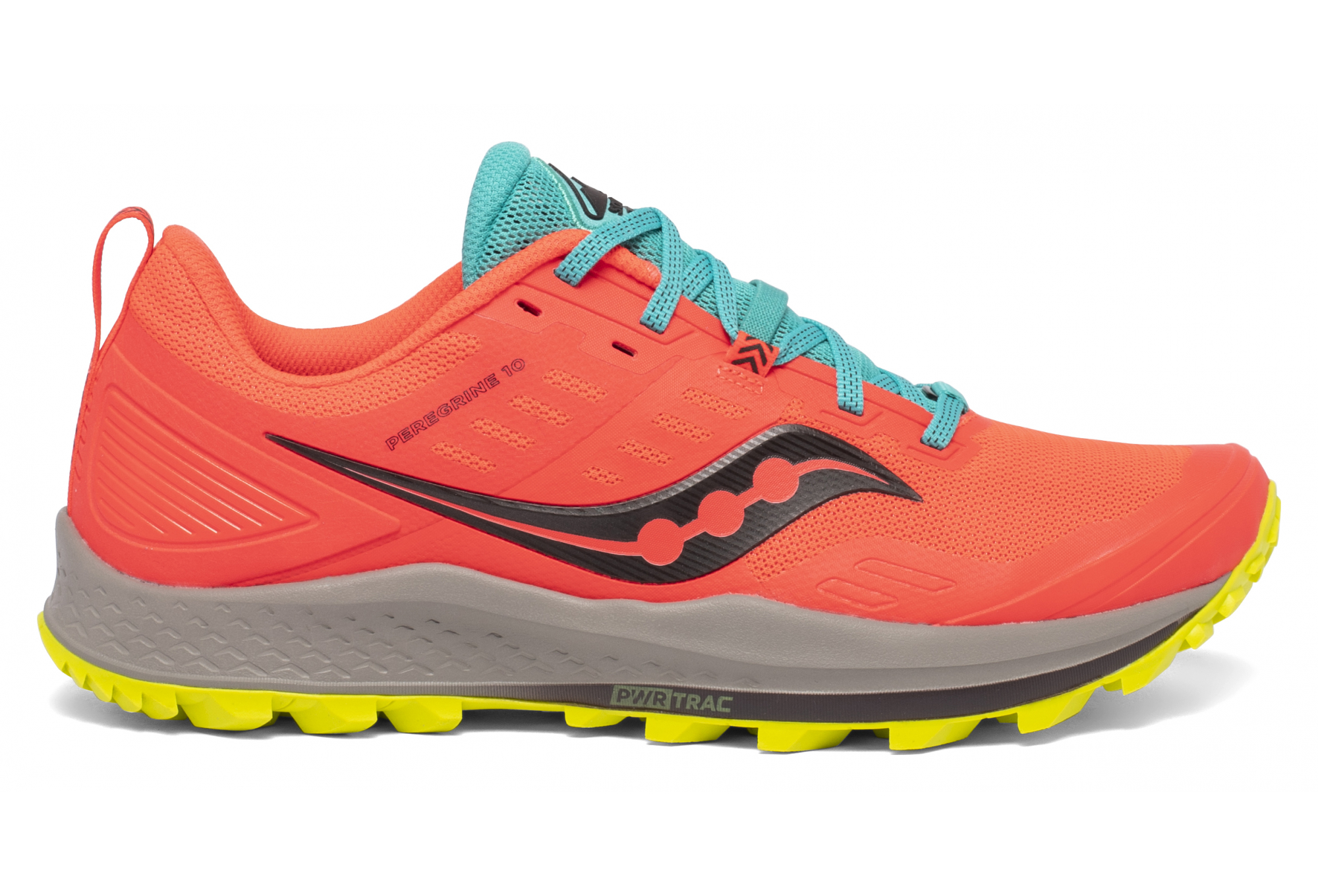 My initial impressions were quite favourable. Despite being relatively heavy, I didn’t notice the weight. And also despite some negative reviews about the grip, I found it superb on mucky and wet boggy ground. They were also totally fine when running on roads and lanes approaching trails. I went up half as size from my usual, as recommended by various reviews, and that seems to have been good advice since they fit me well.

But but but, oh my god the heel pain. It started on the first run and I assumed it was just a glitch. Then I tried a section of the very hilly Beara Way towards Adrigole and I had to turn around after only 4 miles, the pain was so bad. Finally, I did a very rough 11 mile loop around Gougane Barra and the pain was even more vicious. The uphills in particular were horrendous.

I assume this is what the other reviews refer to as the “narrow heel” but I’ve honestly never encountered anything like this and I have bought a lot of running shoes over the years.

I had to completely stop using them but the after-effects are still with me over a month later. I did the Sheep’s Head Way 60 miler in my Hokas and had the pain on-and-off in the same spot throughout. When I got home I realised I had a pinball sized bulge on the back of my heel that took several days to subside. I assume my body surrounded the point of aggravation with fluid. All of this was due to whatever issue the Peregrines had caused. An 11 mile hike yesterday in my new Inov-8 TrailFly Ultra G 300 Max (review coming next) had some residual pain too. But it wasn’t terrible so hopefully I’m on the mend.

The reviews of the Peregrine 11 say that nothing much has changed in the design, so my warnings apply to them too. In fact, I found another review referring to heel pain.

I don’t know what is causing the problem but it’s bizarre that the company who gave me my favourite running shoe in ten years (the Endorphin Speed), could get something so basic so wrong.